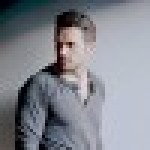 American researchers have found out how much exercise is necessary to compensate for sitting in front of the television and when television consumption is most harmful.

Children shouldn’t watch TV too much, they say. But older people would also do well to watch their television consumption carefully and, if necessary, limit it. Sitting a lot, especially with little exercise, is a central risk factor for many health problems.

Especially in last year (2020) due to Covid-19 most of the people spend their time watching Netflix, kissanime and playing video games. This lack of exercise appears to be particularly critical as we age. American researchers, who have analyzed the physical activity and health status of more than 130,000 women and men over 50 years of age over a period of around ten years, warn against this.

At this age, anyone who spends more than five hours a day in front of the television runs the risk of having problems walking within a few years, the scientists report in the “Journal of Gerontology: Medical Sciences”. And physical activity can only partially counteract these negative effects. Television in the evenings seems to be particularly harmful. One possible reason for this is that you watch TV intensively for a long time in the evenings without taking at least small breaks with movement.

Even movement doesn’t help
By analyzing the data from 50 to 71-year-olds who took part in a large nutrition and health study. At the beginning of the study in the mid-1990s, they determined, among other things, the television consumption of the then healthy test persons and their physical activities, such as sport, gardening, or housework. After ten years, the researchers checked how mobile the participants were. During this time, nearly a third had developed difficulty walking or even lost the ability to walk altogether.

No matter how much someone moved – longer viewing times were always associated with increased complaints. In detail, the scientists found that watching TV for more than five hours a day – compared to watching TV for less than two hours a day – is associated with a 65 percent higher risk of suffering from restricted mobility over time. In combination with little movement, this effect increases even further. Only relatively vigorous physical activity seems to counteract the impairments caused by long periods of sitting.

Seven hours of exercise a week
If you do physical activity for at least seven hours a week, sitting for less than six hours a day is no longer associated with physical restrictions. Increasing physical activity seems to have a greater overall weight than restricting sitting alone. Because of these very active people, even those who spend more than seven hours a day in a sitting position are less likely to develop walking difficulties than those who sit less than three hours a day but are significantly less active with less than three hours of exercise a week.

Tip: reduce time sitting
Study shows “Television is a huge risk factor for frailty in old age,”. “Our results suggest that older people who want to stay fit need to intensify daily exercise and reduce the time they spend sitting.”

Jack Reacher, is a freelance writer, serial blogger, and speaker who enjoys enlightening others about unknown and little-known facts.